Based on NimoStar's recent modifications, I've finally learned a bit about modding myself.
I've successfully managed to change the Splashscreens (campaign prologue/epilogue pictures) as well as mod objects, either by changing them into another type or change their entrance point, like shown in this example:

Now I'd very much like to add mirrored objects, as well as a few new ones.
So I hope you could enlighten me, as to how you guys added new objects. I have access to Namerutan's tool, which seems to import images as .ora format (originally pasted from .bmp). The FaceTool I believe also uses .bmp for importing. Now the Town Screens for the HD mod, was extracted/uploaded as .tga.
I believe I know how to define the object type and entrance, but so far any attempt to add new objects have failed. I've tried extracting an image as .ora and import it right back in, but the images hex code appears different. Also direct import as .bmp have failed so far.
I'm curious as to what format/programs you guys use to import images.

Any lead or clue that could help point me in the right direction, would be greatly appreciated.
Thanks in advance.
Top

If you want, I can translate this into Russian and post in the Russian forum, hopefully you will get more attention.
#Разбуди_меня_в_3.51//#Единички_живут_один_день//#МореХитов//#F11248
Top

feel free to translate it. I've posted a bit in the russian forum using google translator, but a decent translation would be prefered, thank you very much

We have found ways to add new objects. Look 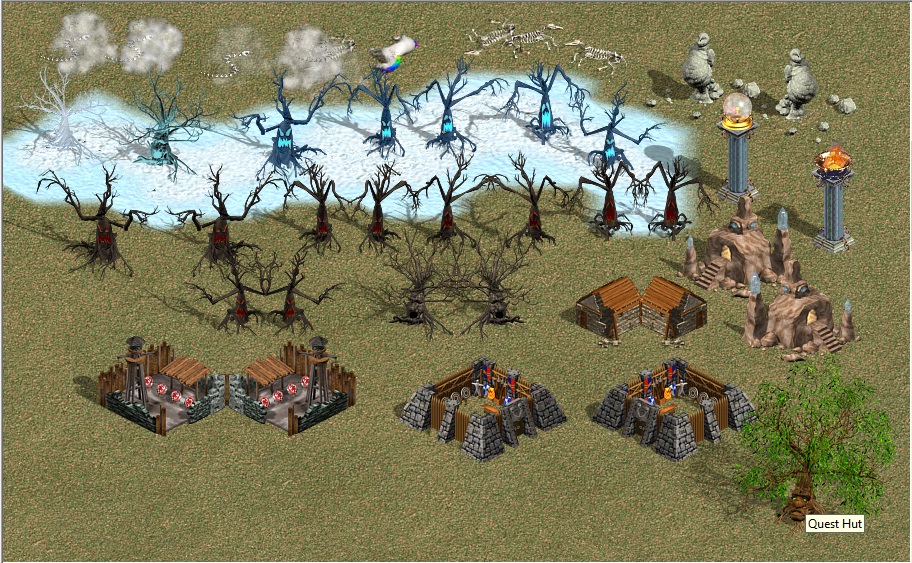 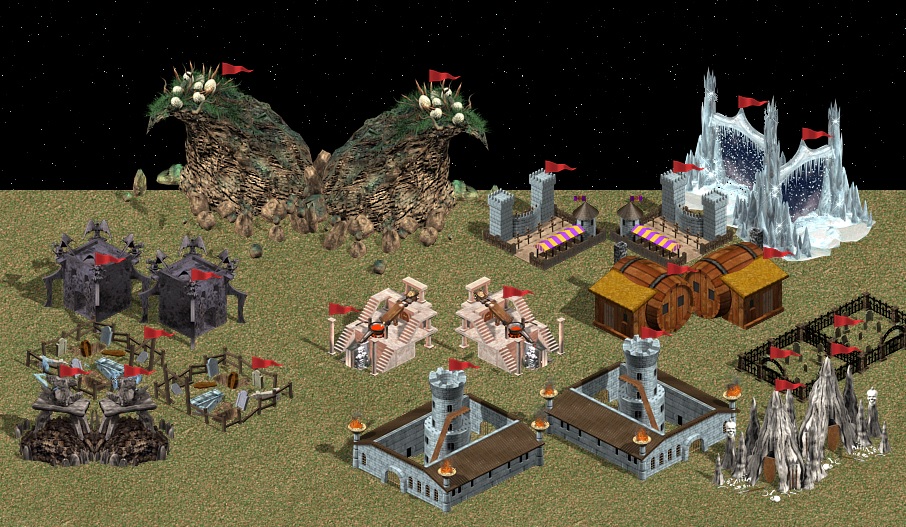 Thanks! Please, continue! It's interesting. Sorry for my bad English.
Top

Анастасия, your english is just fine

We will continue (I don't work on this alone - thank god).
Beside a few landscape objects and some quest huts etc. I'm working my way methodically through all the dwellings in alphabetic order. Currently at 'P', so soon the dwellings should all be mirrored and next objects group will be worked on.
I have extracted most of the 'combat obstacles' as Equi team did with v.3.6 and there's a few hundred trees, bushes, flowers, mushroom ect to be added as well

At 'P'? It is great! Thank you all (or everybody)! I know that there is still a lot of work left, but it is still good news.
As I understand, after landscape objects and some quest huts etc you are all going to work with extracted 'combat obstacles', isn't it?
I warned you about my bad English. 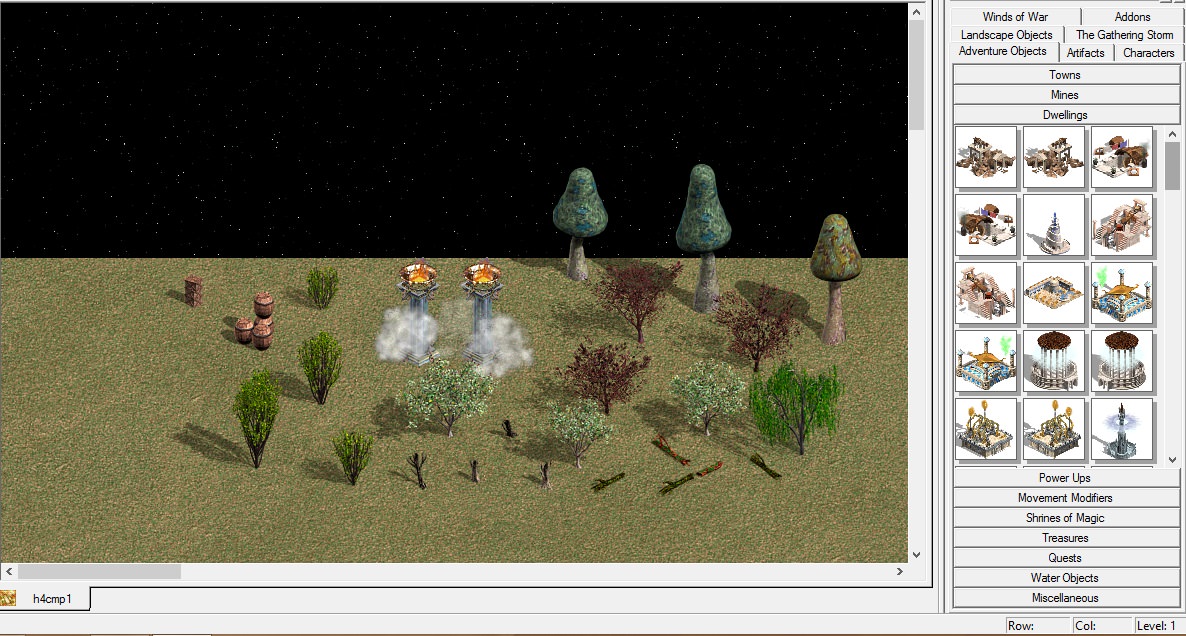 By 'you all' I should point out we're current 2 people helping each other at the moment.
Top

I see. Good luck and thank you!

Radmutant and I are working on adding a large number of objects. Some, existing objects that will be mirrored, some, new objects based on obstacles from the combat map and a few new ones. I'll just list the planed objects here (we've already added alot of them, though we still have a lot of work ahead of us).

So it's been long since I've last posted. People suggested I should try to match the lighting and shadow on the new mirrored objects, so I thought I was done, but it turned out I wasn't. Work is still progressing though - now all Creature Banks and Creature Dwellings have fixed lighting and shadows to match the new angle, at least the best I can do. See images below. I will release 'beta' versions of the object package soon and update it as more objects are finished, so map makers can start using these new objects.. 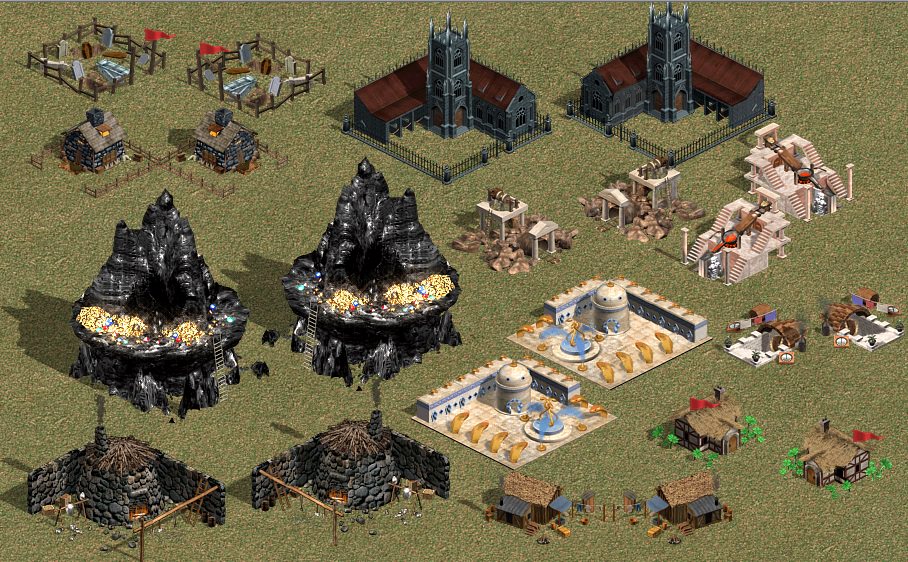 beta version 0.55 is now ready for download.
https://www.celestialheavens.com/news/h ... a-released
A total of 1141 objects is included

Karmakeld, if i download it and edit map with new objects, how this map will working at other computer without download it?
Heroes of might and magic 4 on-line World Championships
Heroes 4 Chat
Top

I told, that 3D is better : )
You add an angle to parameters of objects and can rotate these arond Z axis. So one simple tree you can picture in many view by changing this angle.
Top

The map will crash the game / editor of those who do not have the objects. If you create a map using the object pack, you should make a note for potential players to download the object pack (following the download instructions) before attempting to open the map.
Top

Ek Wilibris wrote: ↑Sat Sep 22, 2018 20:51 I told, that 3D is better : )
You add an angle to parameters of objects and can rotate these arond Z axis. So one simple tree you can picture in many view by changing this angle.

Yeah, but I'm not a 3D artist, and if you add 1 3D object, in my opinion, you should turn ALL objects into 3D.. good luck with that project..


CTPAHHuK wrote: ↑Thu Sep 20, 2018 11:06 Karmakeld, if i download it and edit map with new objects, how this map will working at other computer without download it?

I see that iLiVe.. answered for me, thanks

Though they won't crash as such, but merely they won't be playable/able to open, as the game/editor won't be able to read any objects, not found within any of the h4r files. So like with Equilibris mod or Expansions, Multiplayer etc. (where you can't play Equi maps in WoW version or WoW maps in Vanilla version), you should always make sure both parties have the same version.
Top

Return to “Equilibris in English”